Why Spay a Bitch? 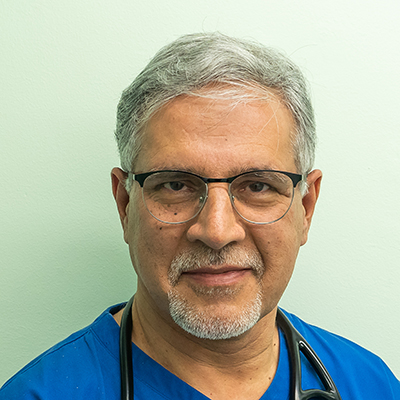 Why timely spaying of bitches is very clever?

Reproductive cycle of every species has its own characteristics, but female dogs possess a unique feature which unfortunately predisposes them to some genital diseases.

Regardless of the fact that whether a bitch becomes pregnant or not following a season, her hormonal background changes to that of pregnancy. A bitch’s ovaries begin to produce the pregnancy hormone Progesterone even before the eggs are released. Thus, by the time this process is complete, a bitch is ‘hormonally’ pregnant even if not physically so.

The persistent high levels of Progesterone for up to three weeks after the eggs are released, often leads to thickening of the lining of the womb, getting gradually worse with every new season, leaving the womb prone to bacterial infections.

But, the real trouble starts when the Progesterone levels begin to fall. Somehow the natural infection control of the womb becomes weaker and any infection present takes hold pretty quickly and fi lls the womb with pus. The bitch starts to produce a dirty bloody discharge and within a few days becomes unwell, loses appetite and shows excessive thirst. The condition is called Pyometra and if left untreated will prove to be fatal.

The diagnosis of Pyometra is made by ultrasonic or x-ray means. The patient often needs to be hospitalised for stabilisation. The only effective treatment is a major and delicate surgical procedure involving removing the uterus and ovaries, in principle the same procedure as the routine spay operation but only many times more expensive. In some bitches the trouble starts as the Progesterone levels drop very low, when the levels of the hormone Prolactin begin to rise. In normal pregnancy this hormone would kick in to initiate the process of milk production and enhancement of mothering instincts. It almost does the same in a non-pregnant bitch, with the only difference that no puppies are expected. The results are the well -know ‘false pregnancy’ symptoms: mammary enlargement, adopting of toys as puppies, nesting or even mock birth and marked aggression is some cases. Severe cases need treatment to help them out the condition, and for mastitis that ensues in some cases.

Spaying can eliminate the possibility of a bitch developing the above described problems. Obviously, it will also eliminate the inconveniences caused by the spotting and urine spraying, undue attention from male dogs during the season and the threat of unwanted pregnancy.

But spaying has yet another great advantage: it can prevent the development of mammary tumours, which unfortunately are not uncommon in bitches. As the most common mammary tumours in a bitch are Oestrogen dependent, the best time to spay a bitch is when the mammary glands have not been exposed to oestrogen that is before the fi rst season sets in. However, it is never too late to spay. I have carried out surgery on a 12 years old Labrador bitch for Pyometra!

Although spaying is a major surgical operation, most vets are comfortable performing this procedure safely. At ‘Sunrise’ our modern anaesthetic systems and surgical protocols coupled with an advanced patient monitoring system makes this procedure pretty safe, but what impresses our clients most is the almost keyhole-like surgery, absence of any external sutures and the incredible speed of recovery.

If you have any questions or concerns regarding spaying of your pet, please do not hesitate to get in touch.